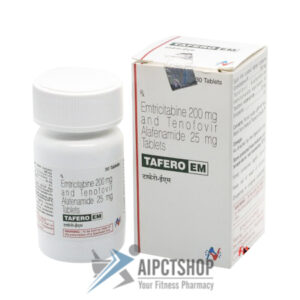 Each Trazowel contains 50 mg Trazodone 200 tablet per box. It is a powerful antidepressant drug to control major depression.

Trazodone is an antidepressant drug. The antidepressant action of this drug is due to its serotonin antagonist action and it is of re-uptake inhibitor class. The main use of the drug is to control major depression.  It has potent anxiolytic and sleep-inducing effects. The side effects and toxicity profile of this drug are considerably different from other typical antidepressants thus it is suitable for the elderly.

For most medical purposes, this drug is used as an anti anxiety agent and anti depressant of mild to moderate levels. It may also be used to help manage Obsessive Compulsive Disorders. In some countries, it is also used for insomnia as an off label use.

This drug is consumed orally by patients with depression and the doses may either be 50 mg or 100 mg as per the requirement. In adults, this drug should initially be taken at 150 mg daily and may gradually be increased up to 300 to 400 mg daily. Elderly patients should begin with 100 mg and the dosage may be gradually increased up to 300 mg daily. The daily dosage can be given in divided doses throughout the day or as a single dose at night. The maximum dosage of 600 mg daily, taken in divided doses, has been prescribed for severe depression. For adults suffering from anxiety, start with 75 mg daily and increase up to 300 mg daily if necessary.

Precautionary measures have to be taken in cases with hepatic impairment.

The potential side effects of Trazodone are:

It may also cause fatal side effects such as,

The symptoms and signs of an overdose are:

Please get help immediately from a medical professional in case of a suspected overdose. Cases of overdose are potentially life-threatening and can be managed by gastric lavage. Activated charcoal may also be utilized if used within one hour by adults who have taken more than 1 gm or children who have taken more than 150 mg. Treatment is symptomatic and supportive. Haemodialysis is unlikely to be useful.