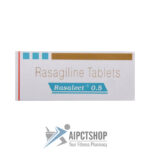 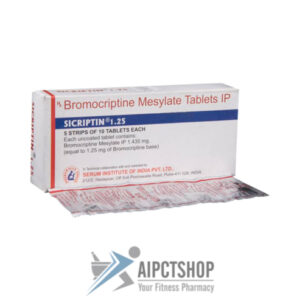 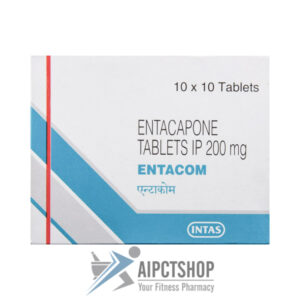 Each Rasalect contains 5 mg Rasagiline 100 tablets. It relieves symptoms of Parkinson`s disease by reducing the breakdown of dopamine

UsesRasalect (Rasagiline) is an MAO-B inhibitor which relieves symptoms of Parkinson`s disease by reducing the breakdown of dopamine. In some cases, physicians may direct patients to take it as an adjunct treatment with levodopa or else on its own (monotherapy). This anti-Parkinsonian agent exhibits its mechanism of action by acting on an enzyme called monoamine oxidase-B (MAO-B) in the stratium. This particular enzyme is known to play a role in the metabolism of the neurotransmitter dopamine.

By inhibiting MAO-B, it helps to slow down the metabolism of dopamine, thereby leading to an increase in extracellular dopamine levels. Symptoms of the neurodegenerative disorder Parkinson`s diasese, such as postural impairment, difficulty balancing, bradykinesia as well as others can therefore be relieved. This is because dopamine contributes to nervous transmission, and the degeneration of dopamine affects the nervous system, resulting in the symptoms listed above. Research has shown that treatment with this medicine can lead to symptomatic benefit in patients due to the irreversible inhibition of dopamine metabolism.

Dosage and AdministrationRasalect (Rasagiline) comes in tablet form. There are 2 different strengths available, 0.5mg and 1mg versions. Your physician will carefully calculate the right dosage based on individual circumstances. If the medicine is being used as a monotherapy for Parkinson`s disease, physicians usually instruct their patients to administer 1mg per day. In cases where it is being used as an adjunct to levodopa, the physician may direct the patient to take 0.5mg as a starting dose, which may be increased to 1mg per day if the physician deems it necessary.

Side effectsTreatment with Rasalect (Rasagiline) may lead to some side effects. Tell your physician if this happens. Some examples are listed here:

There is also the possibility of serious side effects that will require medical treatment or the attention of a physician immediately. These include abnormal behavior, hallucinations, numbness affecting the limbs, blurred eyesight, fever and other severe reactions not referenced here.

PrecautionsRasalect (Rasagiline) and other medicines used for the treatment of Parkinson`s disease has been associated with causing gambling urges and increases in sexual urges. Consult your physician should this occur.

Abruptly ceasing treatment may cause withdrawal symptoms. Your physician will advise you on how to prevent this when stopping treatment. Also, these tablets should not be taken alongside certain other medicines, or if some types of medicine have recently been administered.

There are no reviews yet.