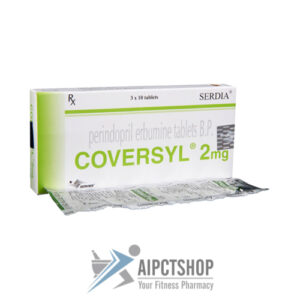 What is Ciplar used for?

Ciplar contains?propanolol, which is a nonselective beta-blocker or?antagonist?that binds to the?beta-receptor?and acts by?blocking the action of chemicals called?catecholamines, such as?adrenaline (epinephrine), which are released by the adrenal glands in response to nerve stimulation during?physical and mental stress.??Adrenaline works via beta-receptors in the heart to stimulate increased heart rate and constriction (narrowing) of blood vessels.? Propanolol in Ciplar tablets blocks these actions of adrenaline, to?slow heart rate, dilate (widen) blood vessels, lower blood pressure, and increase blood flow and oxygen to the heart.? Since beta-receptors are found in many tissues, particularly the heart, kidneys, vascular smooth muscle in blood vessel walls, lung, skeletal muscle and liver, all short-term and long-term symptom relief due to taking?Ciplar , is based on blocking beta-receptors in the target tissue.

Ciplar ?contains the active ingredient propranolol , a beta blocker that blocks the action of adrenaline, to slow heart rate and relax blood vessels, amongst other actions, and is used to treat a variety of conditions.

Ciplar?tablets??contain propanolol, a beta-blocker that blocks the action of adrenaline (epinephrine); released by the adrenal glands in response to nerve stimulation (for example due to stress).? Adrenaline stimulates beta-receptors in blood vessel walls, causing blood vessels to constrict (narrow) which reduces blood flow and raises blood pressure.??Ciplar?is?used to treat high blood pressure (hypertension) by widening blood vessels (vasodilation), reducing heart rate (number of heart beats) and reducing the force of the heart contraction.? These actions lower blood pressure and help the heart to cope better.

Ciplar ?tablets contain propanolol, a beta-blocker that blocks the action of adrenaline (epinephrine); released by the adrenal glands in response to nerve stimulation (for example due to stress).? Adrenaline stimulates beta-receptors in the heart muscle, which?increases heart rate and the strength of muscular contraction in response to excitement/physical exertion.??Ciplar ?is?used for?management of angina by reducing heart rate and?force of contraction of the heart, and?widening blood vessels.??When the heart does not have to work as hard, it requires less oxygen and the reduced workload relieves symptoms of angina, such as chest pain and breathlessness?on exertion.

What are the side effects of Ciplar?

When should Ciplar not be used?

You should not use?Ciplar?if you:

What medications interact with Ciplar?

Several medications interact with?Ciplar and should either not be taken while you are taking Ciplar or only after discussion and instruction from your doctor:

How should Ciplar be taken?

How long should you take Ciplar?

You should continue take your Ciplar tablets for as long?as recommended by your doctor, which may be for a few days or weeks,?depending on the condition you are being treated for.

If you miss a dose of?Ciplar?take it as soon as you remember, unless it is time to take the next dose, then skip the missed dose.? Do not take a double dose.

How should Ciplar be stored?

There are no reviews yet.